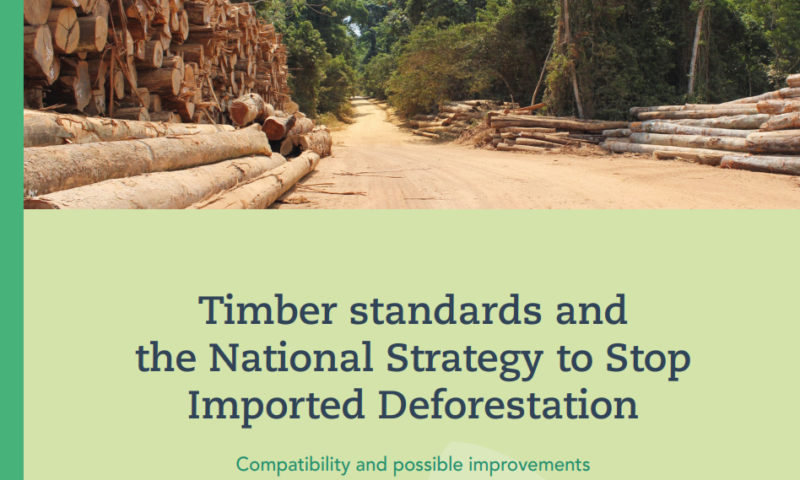 This report analyses whether the current FSC and PEFC standards for wood-related industries and initiatives to certify the legality of timber meet the requirements of the French National Strategy to Combat Imported Deforestation (Stratégie Nationale de Lutte contre la Déforestation Importée -SNDI). It is based on an analysis of existing scientific and technical literature, supplemented by two workshops that brought together representatives of the SNDI and of each of the FSC andPEFC standards.

It shows that the four standards verifying timber legality only guarantee the absence of illegal
deforestation. They depend on the legislation in the exporting countries and its effective
enforcement. They are not suitable to guarantee complete absence of deforestation and forest
degradation.

Based on a preliminary comparative study, two standards well known to the general public
were studied: FSC (Forest Stewardship Council) and PEFC (Program for the Endorsement
of Forest Certification). The authors of the study checked the certification principles and
audit procedures for the two standards and reviewed zero deforestation requirements, in
particular integration of the HCV (High Conservation Value) and HCS (High Carbon Stock)
approaches, the extent to which legal status of land is taken into account, the free, prior
and informed consent approach (FPIC), labour rights, and measures facilitating access
to certification for smallholders and forest communities. They conclude that these two
standards meet the main requirements of the SNDI, contrary to other existing standards.
However, they also highlight certain limits.

Various proposals for improvement are put forward, having been the subject of work
seminars with representatives from the FSC and the PEFC. The objective is to specify the
definition of certain criteria and their implementation, to improve procedures for checking
the compliance of certain indicators, and to enable greater access to certification for
small producers in tropical forest countries.